GMA star Ginger Zee has announced that she will be absent from Wednesday’s episode of the morning show.

The 41-year-old popular meteorologist said her friend Brittany Bell is replacing her.

Bell is a weather reporter for New York’s WABC-TV.

Zee said she was giving a lecture on mental health to a “large group” of people.

She told viewers, “Please give him (Bell) a warm welcome to @GMA LOVE.”

Meteorologists Danielle Breezy, Jason Adams and Cruz Medina were among the reporters who wished Bell well. 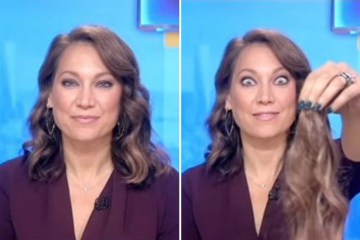 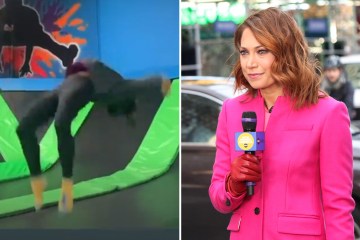 Adams, meteorologist for ABC affiliate WFTS in Tampa, said, “Kill it, Brittany! We’ve both come a long way since our days in Arkansas.

Fans were devastated after Zee revealed her news.

One of them said: “We will miss you Ginger! But welcome to Brittany!

Another commented, “I will miss you Ginger.”

While others praised Zee for delivering a lecture on mental health.

One viewer said: “You have such a special story to share and help others.

“It is a special time in our country where so many people remain affected during COVID.

“I have to find your book. Thank you for your advocacy and your passion.

And, another posted: “Thank you for shining a light on mental health.”

Zee shocked her co-hosts on live TV by pulling out a tuft of her hair after fellow presenter Reggie Aqui said he wanted to dress like her for Halloween.

On Tuesday, Reggie asked Zee if he could borrow something for his costume.

He asked for an ABC News weather jacket or something “in that area”.

But, the mum-of-two reached to the back of her head and pulled out an extension before holding it up for the camera.

Earlier this week, Zee admitted she was in “terrible shape” after she was filmed doing a backflip at an indoor trampoline centre.

But fans were impressed and stunned by the meteorologist’s acrobatic skills.

One said: “You made great Gin!! And Adrian must be so proud of his mum (sic).”

They described mom-of-two Zee as a “rockstar” parent.

Another commented, “Great work!! Very impressive. My attempt, if there was one, would have a different outcome.

Zee was the captain of her high school’s cheerleading squad and one fan said, “I can’t take the cheerleading joy away.”

The weather presenter also revealed that she changed her hair color.

Zee said, “Some people like to drink the spicy lattes, burn those pumpkin/apple candles, but I’m going to go ahead and match my hair to the changing trees.”

She proclaimed, “Autumn Ginger is back.”