GMA meteorologist Ginger Zee decided to trade the green screen for cooking for a new cooking segment on the show.

The 41-year-old helped give fans some tips and tricks for a delicious weekend meal.

Ending the work week on the right note, Ginger led a GMA cooking segment on Friday that involved cooking up some tasty food for the weekend.

She was joined by chef Ryan Scott, who presented recipe ideas for viewers to try at home.

Dressed in a bright yellow turtleneck, Ginger spoke to the chef about what he had in store for everyone.

“We know about Taco Tuesday, but now you’re making Slider Sunday a thing,” the meteorologist said. 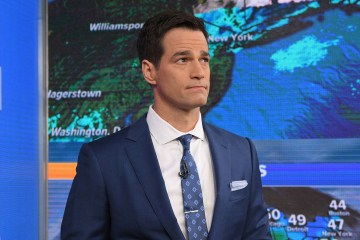 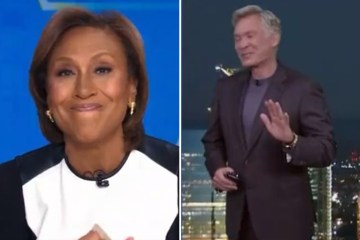 Ryan confirmed, telling everyone, “It’s all about Slider Sunday. It introduces, essentially, the next generation of American mealtime rituals.

“…It’s something that keeps us excited for the end of the week. Sunday has a new kind of vibe now.

Ginger then joined in a little reference to Austin Powers, as she and Ryan held their little fingers to their mouths, like Dr. Evil, as the chef told viewers about a raffle to win 1 million of dollars.

Then came the time for the actual cooking session.

The chef presented all the ingredients of beef, bacon, mushrooms, avocado, cheese and salt for an “easy one pan, stuffed cheeseburger sliders” meal.

They then shifted gears to talk about another option – Oktoberfest pork loin sliders.

Chef Ryan quickly tossed a bunch of ingredients into the pan on the stove, as he had to rush before the allotted time was up.

Ginger kept pushing it forward, joking, “Okay. You have all your spices. Listen, we haven’t heard half of this, but…we need to get the recipes.

She then let fans know that they can get these recipes by scanning the QR codes on the screen so they can make the sliders themselves at home.

As Ginger led Friday’s cooking segment, Good Morning America fans are used to the weatherman giving the weather from inside the studio, as well as reporting around the world from various locations. .

Earlier this week, she took time off the set to report on melting glaciers in Switzerland.

She walked on the Morteratsch Glacier in Switzerland and explained how they were melting too fast, during Tuesday’s show.

Along with telling her co-hosts about the glaciers, Ginger also posted on her Instagram as she stood on the snowy surface.

“Okay, so we’re on the glacier this morning, Morteratsch. So that’s just the very end. It’s called the tongue,” the meteorologist informed her followers.

“But right behind me is the majesty of the mountains, but if you can see that line where it looks like they’ve slipped, they’ve been observed, it’s about 600 feet away.”

The GMA host continued, “And that’s where the width of the ice once was, so it’s not just the length that’s been shrinking over time. It’s the width and the volume.”

“And it goes both ways. It goes up and down in the story.”

She then showed where the glacier once was, then worried fans as she descended the glacier.

Fans took to the comments to express their concern for her in this dangerous place. 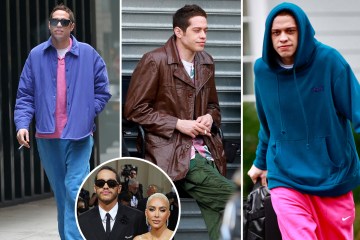 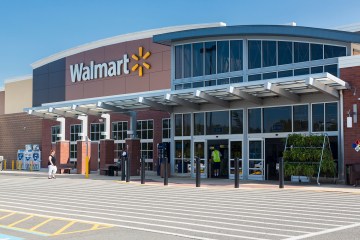 “Wow! Very interesting! You have the best job! Stay safe!” said a follower.

“Keep up the good work but be careful,” wrote another.