Trevor Gibbs was 7 years old in 2004 when Hurricane Gaston made landfall near Charleston as a Category 1 storm.

“I had no school. So I was just at home, and I remember looking out the window, and it was really, really windy, obviously, and I just thought it was really cool to watch,” Gibbs said. “I wanted to know more.”

Since then, Gibbs has become interested in weather, particularly hurricanes.

After Gibbs spent a year at Clemson, his plan changed. The College of Charleston launched a bachelor’s degree in meteorology this semester, and Gibbs transferred, becoming one of the first to launch the new program.

He chose a concentration in operational meteorology, which he hopes will help him land a job as a television weather forecaster. The other concentration the college now offers is in Atmospheric Physics, which prepares students for graduate studies in atmospheric science and climate change research.

Gabriel Williams, an assistant professor of atmospheric physics at CofC, said the college launched the new major for two main reasons: Charleston’s unique weather and the lack of meteorology training in the state.

“A lot of people who live in Charleston love real time and study the weather here, especially because of where we are located,” he said.

“In a sense, there’s a public interest, but there’s also a local interest among the weather stations here in how they’re going to replace their operational forecasters,” he said. “Why contract out of state when you can produce in state? »

The College of Charleston is now one of three schools in the nation with an undergraduate concentration in atmospheric physics, Williams said; the other two are in New Mexico and Michigan.

“When we think of meteorology, most people only think of forecasting,” he said. “But it’s actually a broader area.”

Williams said the new meteorology program currently includes four faculty members teaching about a dozen courses. Students will also take courses from the Physics, Mathematics and Communication departments. About five students are currently classified as meteorology majors, he said, and as more students are added, so will more faculty. 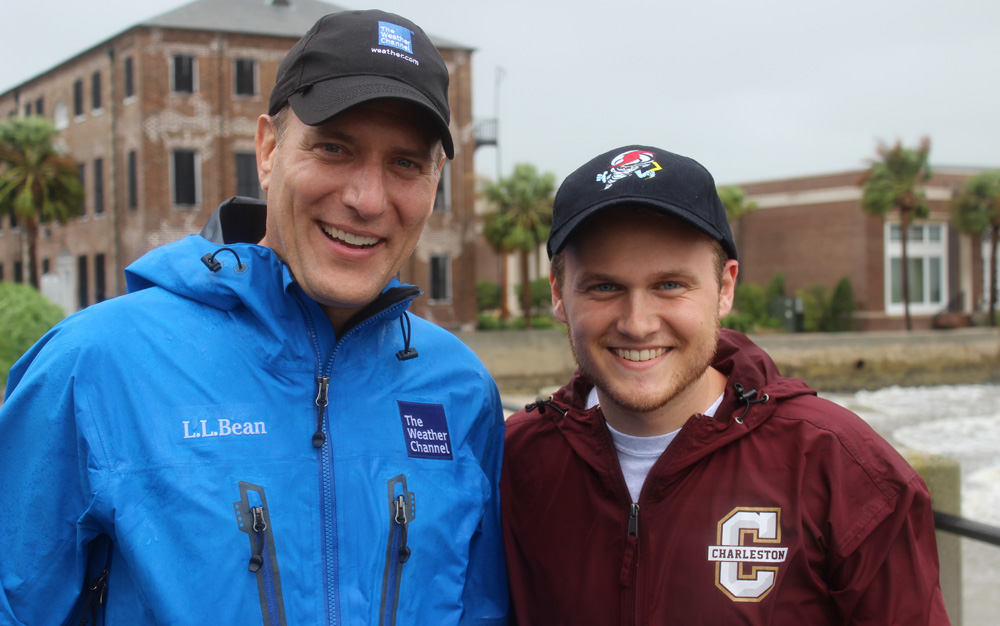 “Most of the jobs that are growing now under the program are almost uniquely associated with private industry, and the main growing industries are insurance as well as offshore companies,” Williams said.

Air quality experts team up with meteorologists or have some sort of meteorological training themselves to determine what pollutants are in the air. And many meteorologists find private consulting work, Williams said.

“There are a lot of industrial farmers, for example, who rely on meteorologists to get very short-range local forecasts for the sake of developing their own crops,” he said. However, many of those farmers are located in the Midwest and not in South Carolina, according to Williams.

“You can earn a very good salary and a very stable life if you are a certified meteorologist who does consultancy work, because practically everyone asks for either local forecasts for regions or the local climate for a particular region, because it will influence business decisions in the future,” he said.

Williams said demand for meteorologists is growing in the Lowcountry as several weather stations have an aging workforce whose retirements will leave vacancies.

“But there’s also a sense of — as this place has grown, the need for more people to do this work has also grown,” he said.

Other additions to CofC

This semester, the College of Charleston also added a minor in Health Care and Medical Services Management; undergraduate concentrations in Digital Media and Sustainable Urbanism; a Master of Fine Arts in Creative Writing; and, for those taking education programs, graduate-level concentrations in curriculum and teaching, as well as math and statistics, according to a news release.

“We are thrilled to offer these new programs,” Lynn Cherry, Associate Vice Principal of Curriculum and Institutional Resources at the college, said in the press release. “They not only reflect the evolving nature of the disciplines we teach here, but collectively they demonstrate that the college is responsive to the growing and changing needs of our students, the community and the marketplace.

This story originally appeared in the October 17, 2016 print edition of the Charleston Regional Business Journal.