The Bureau of Meteorology is investigating whether a tornado or waterspout caused extensive damage south of Sydney over the weekend.

Around 40 homes in Bellambi and Corrimal, in the Illawarra region, were hit by damaging winds on Sunday morning.

The wild weather left a trail of destruction behind, ripping the roof off a building, while an airborne trampoline was sent flying from a backyard into power lines.

A landslide was also reported in Berkeley, leaving streets littered with uprooted trees, mud and debris.

The BOM is investigating the cause of the severe damage and has not ruled out a waterspout or tornado forming over water.

Wild weather in the Illawarra region has left a trail of destruction in its wake, including this uprooted tree in Berkeley 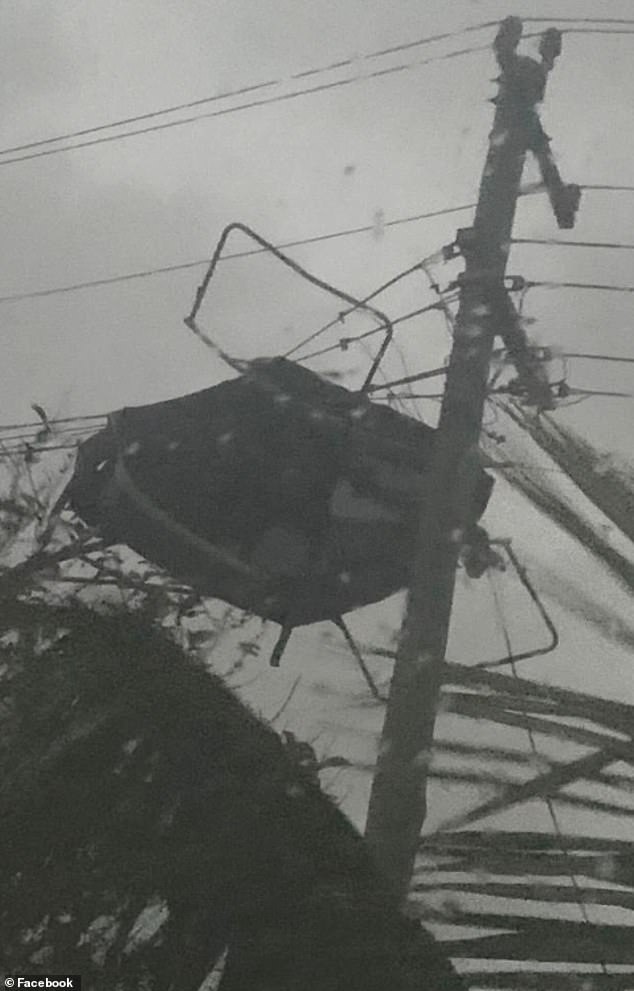 “The radar images that we had at the time of the reports of the tornado will require a little more investigation,” forecaster Helen Reid told the ABC.

“But it looked like there was additional circulation potential in what was happening at the time.

The office said it was too early to confirm the exact cause, but SES officials said there was an “obvious” trail of destruction.

Even more damage is feared, such as severe weather warnings for damaging winds, heavy rains and dangerous surf conditions. 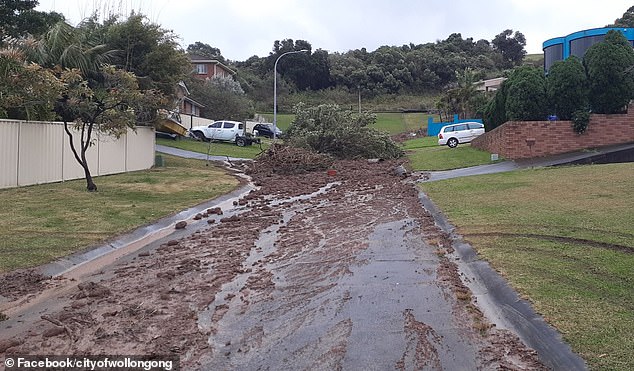 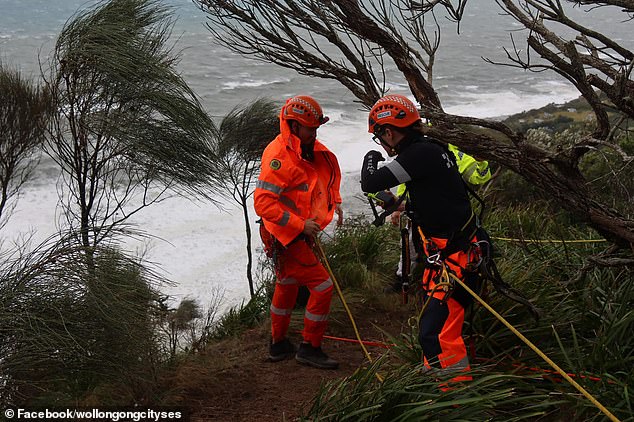 Streets in the Wollongong area were inundated by flash flooding after two days of torrential rain.

Evacuation warnings have also been issued for a number of caravan parks around Lake Illawarra.

The Wollongong SES unit was inundated with more than 220 requests for help over the weekend and still had 55 outstanding jobs to complete by midnight on Sunday.

Dozens of volunteers were supported by members of the public who spent the day filling sandbags. 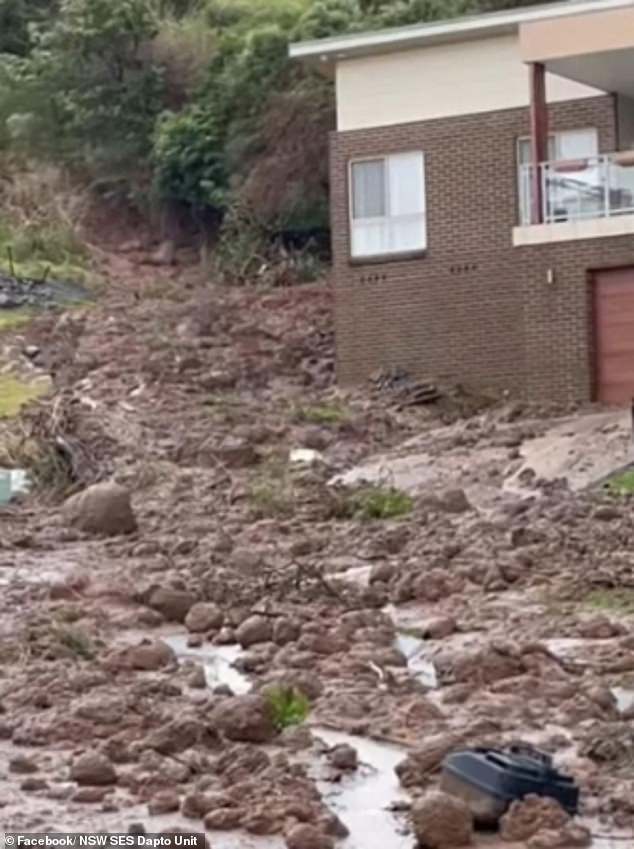