While mPing helps forecasters understand what is happening in the air, it is used to study how surface transport can be optimized in bad weather. This is a Boston Logan Airport Snow Blower. (Photo Flickr/MassDOT)

A few weeks ago, KCAW reported on a weather app called mPing, which allows the National Weather Service to use real-time information from the public to refine its forecast.

Shortly after this story spread statewide, the use of mPing increased in Alaska, and the scientist who invented it is pretty excited. Apart from helping to make better predictions, mPing is also a sophisticated research tool.

I didn’t ask for Kim Elmore’s business card because it wouldn’t fit in my wallet.

“I am a Research Scientist 3 at the Cooperative Institute for Mesoscale Meteorological Studies at the University of Oklahoma and I work at the National Severe Storms Laboratory.”

Mesoscale weather – I think – is what you see when you visit a city in the lower 48 states and turn on the local news, weather and sports. The meteorologist stands in front of a map of the city and surrounding counties and tells you how it will be tomorrow. 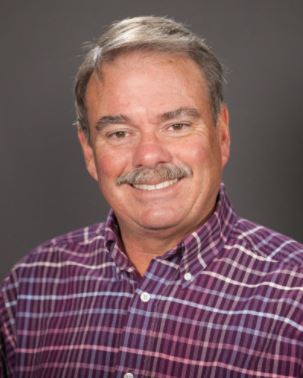 Meteorologists classify their science on spatial and temporal scales. The mesoscale is what people most identify with.

Six years ago, Elmore was part of a National Severe Storms Laboratory task force tasked with improving the algorithm used by a new weather radar that could not only see storms, but also identify what was falling – rain, hail, sleet and soon. The lab was already using a web page, where people could log in and report a weather observation, but it was cumbersome to submit a form each time. It was then that the seeds of mPing were sown.

“Somebody said, you know there should be an app for that. And we thought for a minute and said, Yeah, well, we don’t do apps here. We do modeling digital and programming to simulate thunderstorms, cyclones, weather conditions and all kinds of things, but we don’t make apps.

But graduate students are applying. Soon after, Elmore met a student, Zac Flammig in The Flying Cow, the lab’s cafeteria, who showed him a weather app he had designed for light aircraft pilots. Elmore pitched the idea for the Task Force app to him, and mPing “was released into the wild,” as Elmore puts it, a few months later, in December 2012.

So why is a weather app designed to improve radar such a good thing? Basically, mPing is a source of huge amount of data. Prior to its release, the National Weather Service had approximately 3,000 automated weather stations. Currently, MPing has 50,000 users and is climbing, providing instant weather observations from anywhere there is a cellular signal. Elmore says companies like Fedex and UPS use the app to estimate travel times to and from certain airports. He himself is working on a grant from Purdue University – also investigating ways to optimize delivery of goods based on weather conditions. Other developers have tapped into mPing data for aviation software.

“It has all kinds of uses, and I’m sure there are tons of things people use it for that I’ve never even thought of.”

And while you wouldn’t necessarily think it’s a good idea to tailor delivery times — or a flight — based on public weather observations, Elmore says the data — which is all anonymous, even in the lab — is surprisingly good. Anonymity is part of why mPing is trustworthy.

“Because the users are unknown to each other, we don’t think they can affect each other’s sightings. Someone can not say, I think it’s snow. Oh, you think it’s snow? Alright, I guess so. They have to figure that out for themselves. So each observation – when we talk about statistics – is what we call truly independent.

But someone will always deviate, or simply get it wrong, and mPing takes this possibility into account. Elmore says mPing validates reports and only identifies weather conditions that have also been reported by a large percentage of other users in an area.

So mPing, an innocuous app dreamed up in the cafeteria of the National Severe Storms Laboratory, is truly a boon for mesoscale meteorology.

And if you’re wondering if I asked Elmore the obvious question, I did.

The micrometeorologist upstairs specializes in the “planetary boundary layer,” Elmore explains, and they don’t have an app for that yet.